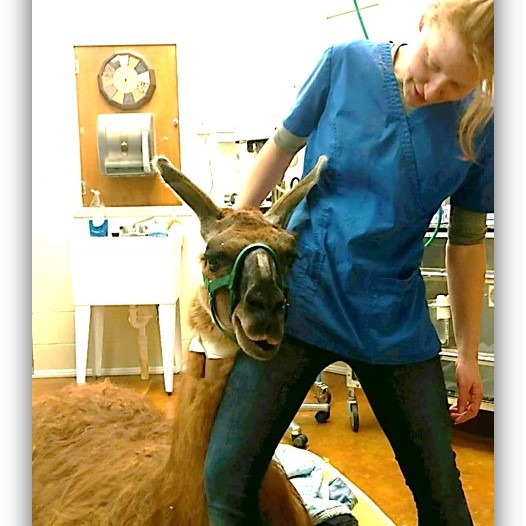 Emily started at the clinic in 2013 as an intern and we liked her so much, we decided to keep her after she graduated as a Registered Veterinary Nurse! She is a mother to two growing girls and 2 dogs named Hoover and Eureka (Eek for short).

Emily loves to spend her free time lost in the woods, but if the weather doesn’t permit, then you’ll find her lost in a good book. She also enjoys fishing in the summer and riding around with the top off her Jeep! 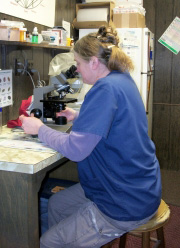 Though born in West Point, Nebraska, Susan grew up in Dayton, Ohio with her seven brothers and sisters. After receiving her Bachelor’s of Science in Animal Science degree from The Ohio State University (Go Bucks!), Susan went on to get her Associate’s Degree from the Columbus Technical Institute (predecessor of Columbus State Community College) as the valedictorian of her graduating class. Along with these degrees, she is a registered veterinary technician and has been serving as such at the clinic for most of the last 40 years.

Susan found her life partner in Jim, and they have been blessed with three terrific children, Calvin, Ian, and Aretha, who are making their own way in the world.

Sue and her husband have 5 pets. “Hemi”, a big lovable mutt with a tornado tail; “Aero” and “Kiera”, the yin-yang twin Cairn Terrier-terrors; Louis, a beautiful Siamese cat also known as “Darth Vader” with his very audible breathing; and “Pippin”, the Garfield-scared-y-cat that lurks in the basement.

Sue usually works in the background of the clinic, keeping tabs on paperwork, patients, and making sure everything runs smoothly while assisting wherever she may be needed. Sadly, our time relying on her decades of irreplaceable knowledge and wisdom has come to a close as she would rather spend her golden years in retirement than hanging out with us (hey – we can’t blame her! ha!) but she better change her cell phone number or we can’t promise we won’t still call her to ask questions that only someone with 40 years here could answer 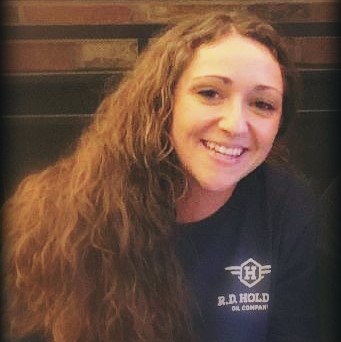 Corey has been with the clinic since September of 2017 after attending the Veterinary Technology program at Miami-Jacobs Career College.

Corey and her husband, Dan, have 3 daughters, 1 son, and 1 granddaughter. They also have two dogs named Aries and Buck and a cat that destroys their home every night while they sleep, aptly named Taz. 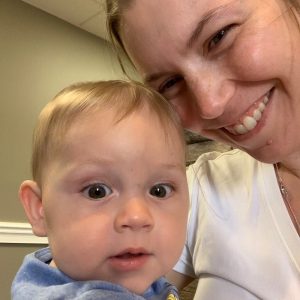 Erin has been with the clinic since December of 2014 after attending the Veterinary Technology program at Miami-Jacobs Career College in 2013. 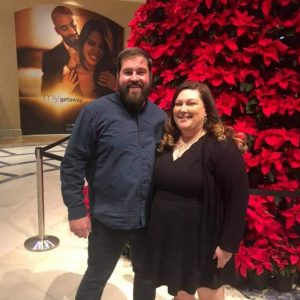 David grew up around St.Paris, OH and currently lives in Conover, OH with his wonderful wife and awesome son.

He has two dogs—a Blue Heeler named “Bella”, and a Pomeranian mix named “Princess”. He also has a tabby cat named “It”, and 2 potbellied pigs named “Porky” and “Ernie”.

David works here on Saturday mornings as an assistant after a few years in the maintenance/assistant position. I guess he just couldn’t leave us for good!

David’s hobbies include spending time with his family, camping, swimming and other outdoor activities. 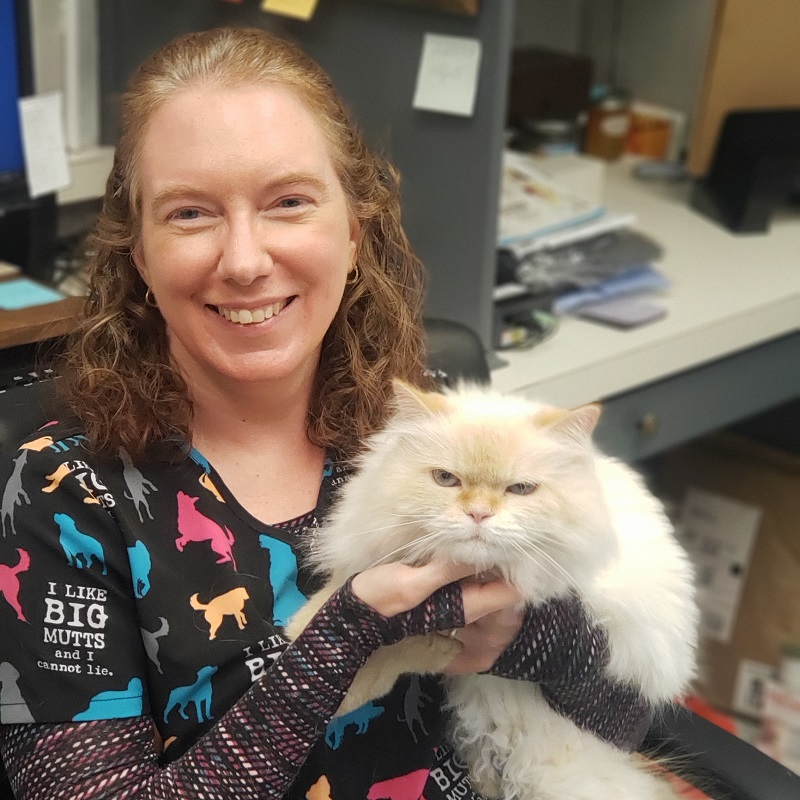 Victoria has been working in the front office since May of 2013. She attended Muskingum College in New Concord, Ohio. Home of the “Fighting Muskies”. Yes, their mascot is a fish; however, it’s a fish with teeth! She has worked as an Executive Secretary and Administrative Assistant in Public Relations and Affairs at IBM in Rochester, MN.

Victoria has been married to Darin, her wonderful husband since 1997. She has two beautiful girls—Libby and Sammy. She has three lovable aka spoiled cats– a Himalayan Mix named “Mr. T” and two Maine Coons named “Madison” and “Zilla”.

Victoria loves to read, attend her daughter’s sporting and music events and thoroughly spoil any and all animals whenever possible. 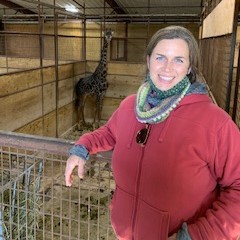 Emily was born and raised in Champaign County, Ohio. She graduated from Graham high school in 2001. She then earned her Equine Studies degree from Ohio University in 2003 followed by her Veterinary Technology degree from Columbus State Community College in 2008. She has been a registered Veterinary Nurse since 2008.

Emily has been a horse lover her entire life and grew up showing horses in 4-H and local shows. She currently has three horses, a dog named Tucker, 2 cats, a guinea pig, and some “shared neighbor poultry” for her girls.

Emily and her husband, Jeremy, have two beautiful daughters Mallory and Rose. They enjoy spending time with family, riding horses, camping and hiking. 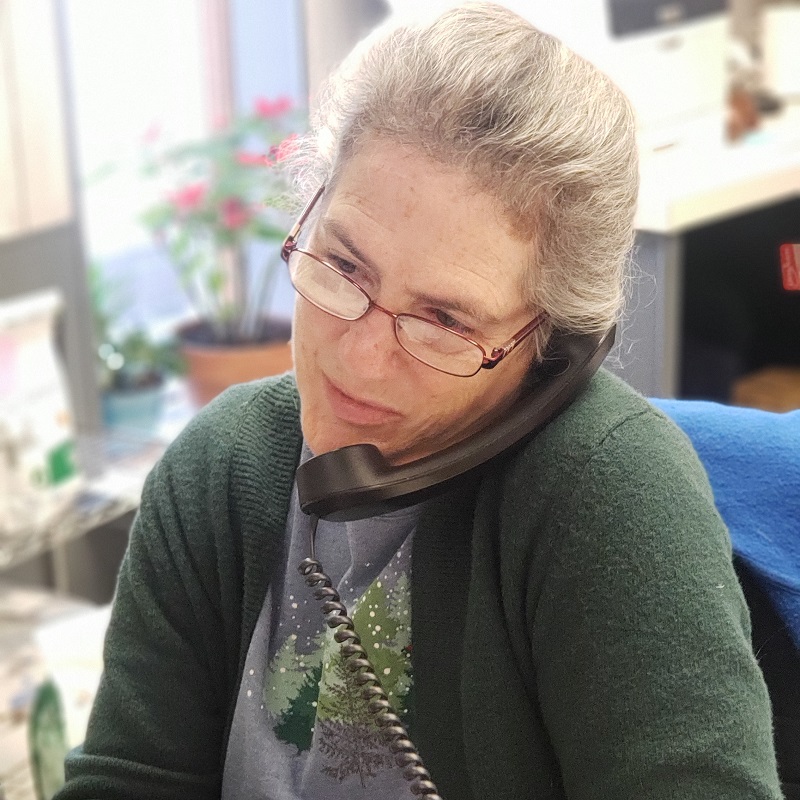 Ruth joined UVC after 18 years working in the human medical field as a Med Lab Tech. She decided that she wanted to slow down a bit and work closer to home where she would have free time for family and church so she has been a part of the front office since July 2020.

Ruth has lived in the area most of her life and has put down roots outside of St. Paris with her husband where they raised their 5 daughters and plenty of cats over the years. They have 9 grandchildren close by.

In her free time, Ruth enjoys reading, baking, and spending time with the grands, and in summer she enjoys gardening. She Has two cats named Ellie and Lizzie and loves every kitty that walks in the door! Among other ways she loves serving the community, Ruth has been a 4H advisor since 1994! 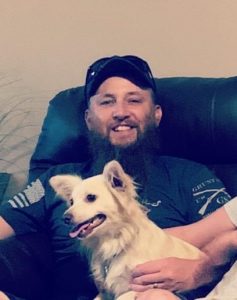 Dan is retired military Sergeant and a firm believer in supporting small businesses so he has decided to lend us his maintenance abilities for a few hours every morning to keep the place in working order. Dan and his wife, Corey have 3 daughters, 1 son, and 1 granddaughter. He enjoys hunting, shooting, kayaking, and 4-wheeling. They have 2 dogs and 1 cat but if you ask Dan, they only have 2 dogs! haha 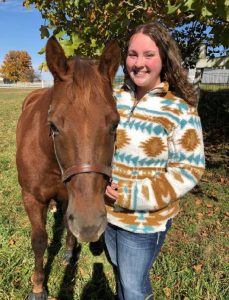 Miranda grew up in Mechanicsburg where she was active in 4-H, FFA, bowling, and the fire department. She then graduated from Hocking College with a degree in Equine Science. Miranda had many hours job shadowing Dr. McManus throughout high school before applying here… so she knew what she was getting into and did it anyway 🙂 She is a lover of animals large and small and has a small “zoo” at home. Miranda has a horse named Buddy who is the light of her life. 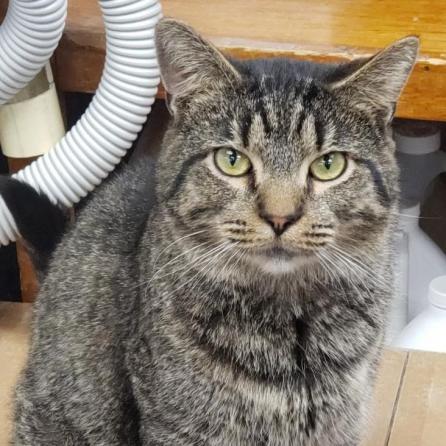 Farley came to us as a good Samaritan rescue from the square here in town in very rough shape and in danger of being run over. About a month later, some intense TLC and doctoring up, we had our new, mischievous clinic cat. He gained over four pounds in the first three months was here and went from having a thin, balding coat to a thick, beautiful coat. He has proven that donut and pizza boxes are no match for a cat from the streets and no shoulder is too high for him to leap onto when he wants to take a ride around the room. He was named after Chris Farley because well… he’s just funny 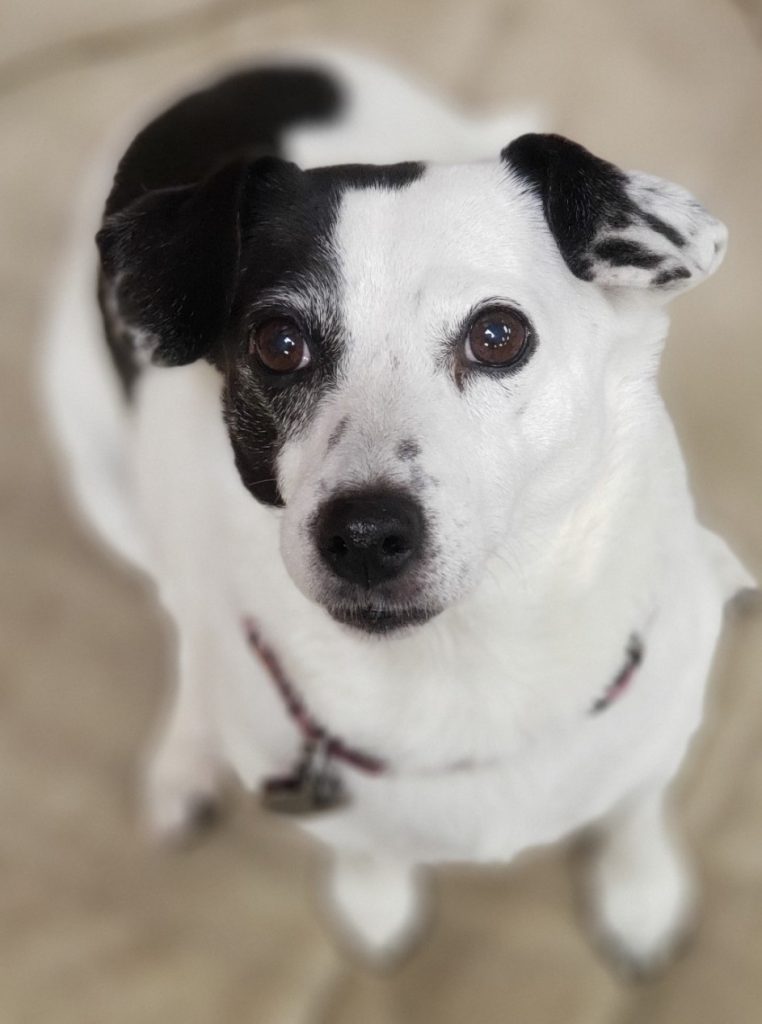 Dr. Cole belongs to Chloe and gets to come to work every day that he does. As a Jack Russel Terrier, she spends most of her day looking out of each door, happily waiting for her dad to walk by, only pausing briefly throughout the day to take naps and/or going outside to get her zoomies out! (she is a Jack Russel after all) It’s a pretty exciting work life!

Request Your Appointment Today!
(937) 653-7326
Call Us!
Font Resize
Contrast
Accessibility by WAH
Call Us Text Us